This year, I used a similar sized jar as last year, shown below.  At the beginning of January this year, I began to write down at least one happy/grateful sentiment/moment at the end of each day and placed it in my new jar.  It is an easy practice and it truly helps cultivate more gratitude and create a way to remember snippets from each day.  There is always SOMETHING to put in the jar — even on the most awful days.  It is relatively easy and it only takes a few minutes, if that, each day.  I am also still using my wish ball!

It is also fun at the beginning of each year to pour out the contents of the previous year’s happiness jar and read through and reflect upon the happiest/grateful moments from the previous year.  I highly recommend this practice! 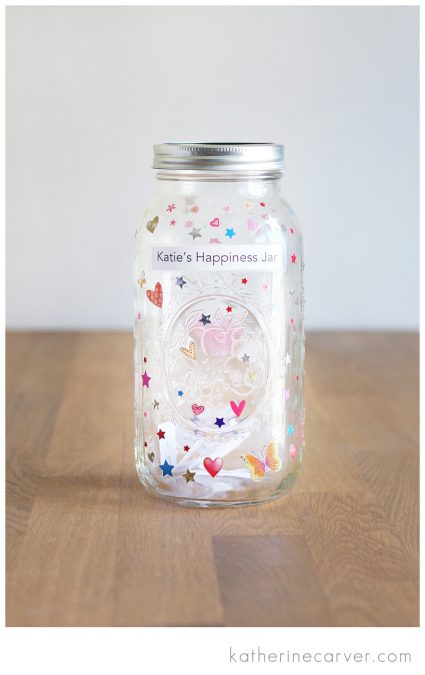