Since the weather has been so cold, Doug and I have been limited on where we can take Biscuit for some outings, which Biscuit greatly enjoys.  Since Lowes was such a hit with Biscuit several weeks ago, we decided to take Biscuit back to Lowes in Elkridge.  This time, I brought along my camera!  Biscuit was such a happy boy and he received many compliments!  Below are some photographs of Biscuit enjoying an outing to Lowes!

We skipped the gym last night and took Biscuit to Lowes again as he needed a “morale boost!”  As soon as he entered through the sliding doors at Lowes, he began to smile.  We walked up and down the aisles looking at all sorts of items for our new house!  Biscuit was smiling and he was so happy to be out and about!  We stopped at Chick-fil-A on the way home for some vanilla ice cream, which Biscuit loved!  We know that Biscuit misses our former house and neighborhood.  We know that he will be much happier in the new neighborhood and our new house once it is finished being built as there will be lots of doggie friends and new smells!  If only we could tell him this!

We also took Biscuit with us to get pizza earlier this week  to get him out and about.  Doug and I sat outside in chilly weather eating our pizza; however,  Biscuit did not seem to mind and he was quite content to be out and about pawing incessantly for more of his prescription kibble!

Biscuit is a reminder of how something so small, such as going to Lowes, makes him so happy!  We hope that spring is on its way soon so we can take Biscuit on more adventures! 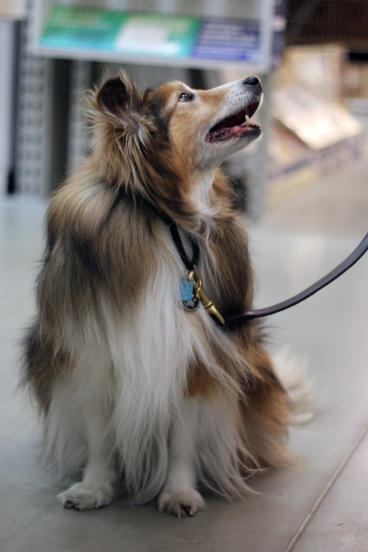 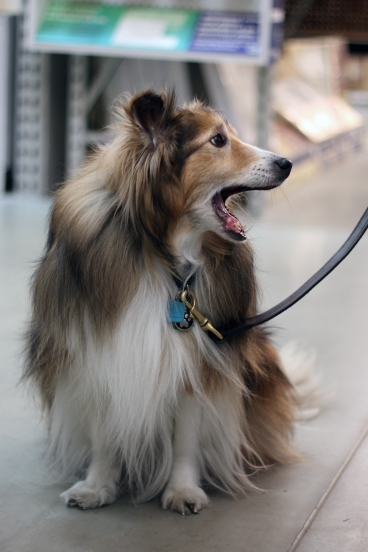 Happy Easter!  (Below is a photograph of Biscuit from last Easter!)  We picked up some items to give to Biscuit for Easter this year! 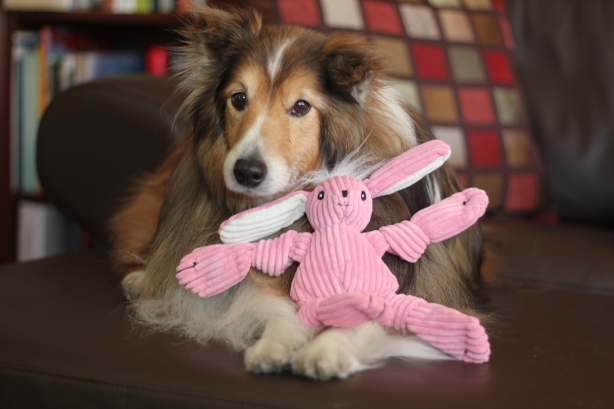