How Dogs Use Skype

Dogs cannot get enough of Skype.  Humans, apparently, cannot get enough of watching dogs using Skype on YouTube.  A video uploaded to YouTube on January 11, 2013, of a dog using Skype to talk with other dogs has gone viral with many, many views.  The video, called “My Dog Can Skype!,” shows a wire-haired fox terrier “using” Skype and barking wildly at another dog.

However, dogs don’t experience technology in the same way that humans do.  For the past few years, there has been a cottage industry in iPad apps for pets.  Both dogs and cats have very different sensory toolkits than humans.  Apart from obvious differences in paws and hearing, dogs experience the world in an entirely different way.  Compared to humans, canines rely on their sense of smell for communication and interaction far, far more–and their sense of vision means they see a computer monitor or tablet screen far differently.

For many pet owners, Skype and other video conferencing services essentially serve as an interactive form of pet cameras such as the Eyenimal and the Petcam, albeit at a lower price point. Until more research is done, we will not really know what dogs are thinking when they engage with Skype.

Maybe we will try Skype soon! 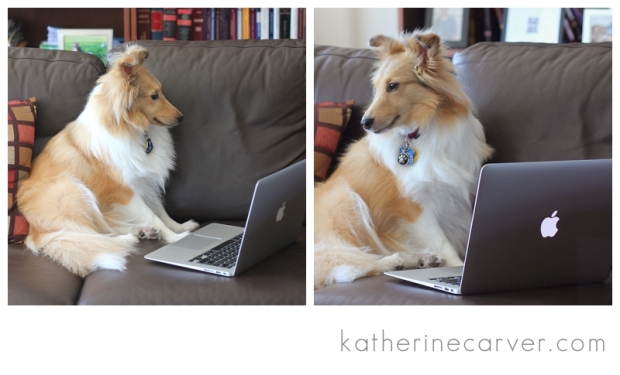