I thought that I would provide an update on our fur girl, Victory!  Victory is now officially a ‘big sister!’  It is very difficult to believe, at times!  We are so grateful!  We are all doing better overall with more rest, and a little time together under our belts!  We have been giving Victory lots of love and reassurance!  The first month was a major adjustment period for all of us, including our fur girl, Victory!  (We are still adjusting; but our new normal feels more normal!)  I wrote this post to help prepare other similarly situated dogs welcoming a human sibling!  Victory, along with us, is doing pretty well.  In addition to the items/ideas contained in that post, we have been doing the following, below, to help Victory during this big transition.

We have transitioned baby Alex into her nursery in her Dock-A-Tot, which has been helpful for all, especially Victory — baby Alex is a noisy sleeper, often times at night!  Victory now has Doug and I to herself in our bed, the way it had always been, which she loves along with her tuck-ins at night — a favorite time and ritual with her, which Victory loves!  Before bed we have been staying up a little later with just Victory to give her some time by herself after putting baby Alex to bed.  This has really helped Victory.

Our house now has just the four of us, which is the way Victory likes it — she prefers not to have visitors!  This has helped Victory as well!  We are now able to consistently implement her morning routine, which she likes, which consists of the following: potty; back to bed to rest; potty again; breakfast; teeth brushing; and then she goes up to my office and waits for me, just the way she likes it and she rests for the remainder of the day with more potty trots!  She is now giving me my morning ‘feet washing,’ while I sit at my desk, the way she always used to do prior to baby Alex!

We have been taking Victory on outings with us, which she loves, even though the weather has been extremely hot and humid along with a lot of rain recently!  We have been going out for ice cream and a few dinners together, which have all gone well!  This has definitely helped her morale, immensely!  (We are looking forward to the fall, which has officially arrived, filled with cooler temperatures and fun outings planned with our girls!)

When I feed baby Alex, I have started to give Victory some treats to keep her feel included, which she likes!  Victory even licks baby Alex’s little feet and legs — it is quite adorable!

When we read to baby Alex, we include Victory in story time, and she seems to enjoy it!  Victory is even coming into the nursery on her own more often now!

During the day, I make sure I talk to Victory and tell her that we love her and that she is doing a great job, and her little sister is going to absolutely adore her when she gets a little older and discovers our fur girl!

We are making progress on this front and we are doing our best to keep things as normal as possible for Victory; somedays are easier than others!  Overall, Victory is doing quite well and she has been a great ‘big sister!’  We are very grateful for our girls!

Below are a few snapshots of our girls, Alex and Victory! 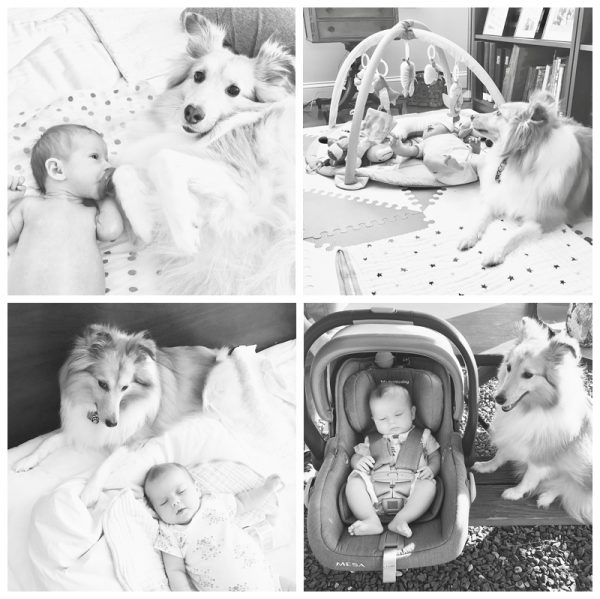 Alex and Victory are pictured together, below, recently on the first day of fall! 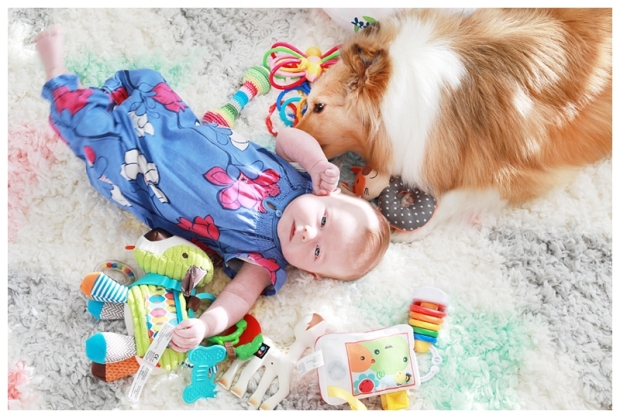