A Change of Scenery: Rejuvenation 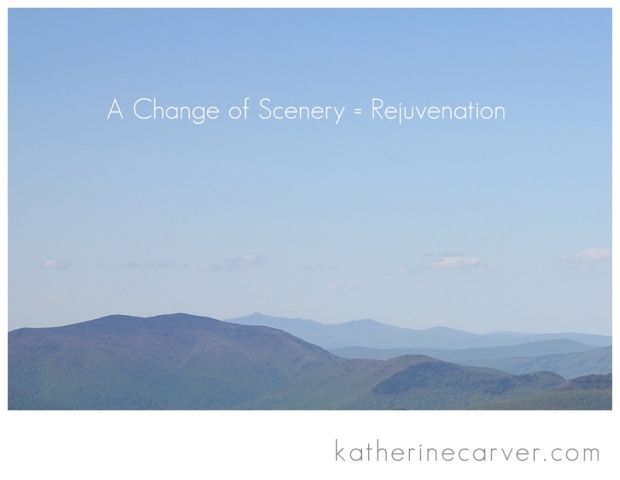 During vacation, I took a break from everything, which I do not practice often enough.  What I noticed is that I really needed a break from my work and the usual routine — we were so ready for our vacation.  I felt a bit drained and depleted, to be honest.  I also noticed that the intentional break gave me space to think about other things that had been pushed to the back burner as well as time to reflect on the projects that I am currently working on.  Most of all, I felt free.  After taking this long break during vacation, I felt more rejuvenated and, upon our return, I have been able to dive into work with a new perspective.  A change of scenery really does wonders.  Therefore, I highly recommend taking intentional and frequent breaks to enrich your work and the creative process.  (Please note that breaks do not have to be in the form of a vacation.)  Also, I often find that a problem that I am working on in my work becomes more clear after I have stepped away, even for a short period of time, and I am then able to come back with a fresh perspective.  A Change of Scenery = Rejuvenation.