This past weekend, I had the pleasure of photographing Jax, a rescue pit bull, who is approximately four-years-old!  It is interesting how I met Jax’s mom, Jen.  Jen is a big proponent of dog rescue and dog fostering, and she found one of my images on Pintrest, and contacted me via e-mail to book a commission.  The image Jen found happened to be of a photograph I had taken last year of “Lady” who was living at the Baltimore Animal Rescue and Care Shelter (BARCS).  Lady who was later renamed “Josie” was sent to the Jasmine’s House, Inc., a pit bull rescue organization, for placement in foster care.  Jen and her husband fostered Josie who was recently adopted and placed in a furever home!

Even more interesting and coincidental, Jen and her husband are fostering “Princess Tulip” currently known as “Amelia” who I photographed a few weeks ago at (BARCS) for my long term dog project with BARCS.  I was able to say “hello” to Amelia during our photo shoot.

Jen and her husband rescued and adopted Jax when he was approximately two-years-old from the Baltimore County Animal Control (BCAC) in August of 2011.  They happened to go to BCAC on a day where Jax was available for adoption at the BCAC .  After meeting Jax, they decided on the spot to adopt him and Jax has been a part of the family ever since!

Jen, a woman after my own heart, writes a blog about her adventures in dog fostering, which is narrated by Jax!  You can follow Jen’s blog here!  Additionally, here is a blog post about Jax’s one-year anniversary with his furever family!

Jax met me at the front door quite excited for his photo shoot!  We had gorgeous weather this past weekend, and Jax was a pleasure to photograph.  Jax is full of energy, but he was willing to sit still for some treats!  By the time I left, Jax was giving me tons of kisses — a very lovable pup!

Thank you for inviting me to photograph and document your precious, beloved, and handsome Mr. Jax!

Some highlights from our photography session are shown below.  If you are interested in commissions, please find further information here! 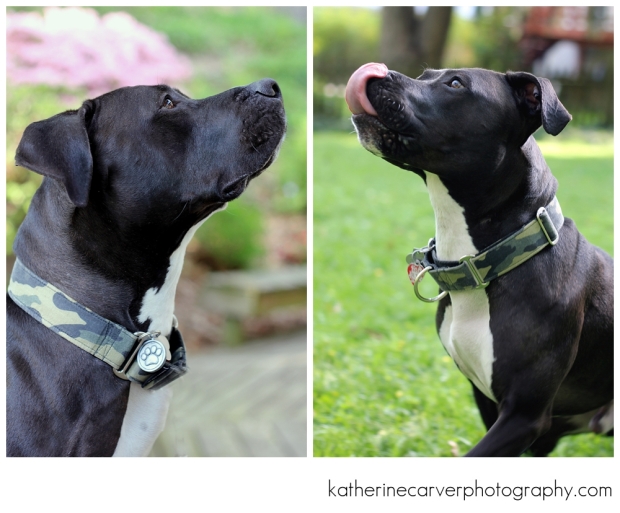